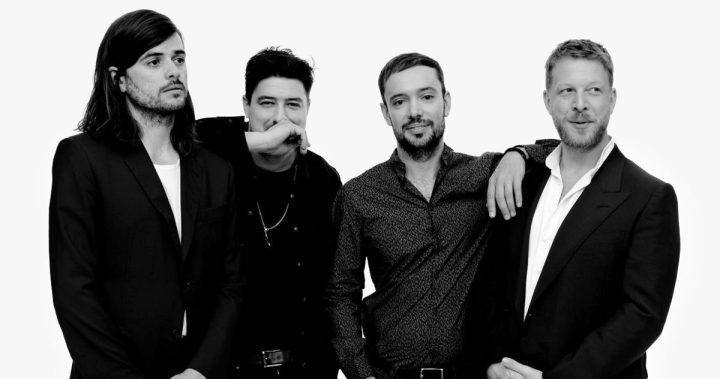 Happysad. One word. A weird conglomeration of liberating joy and nostalgic gloom. The feeling that inspires you to travel the world but also isolates you to the cold depths of your heart. That’s the only way I know how to describe Delta, Mumford & Sons’ newest release.

After a three year hiatus, Mumford & Sons returned with Delta on Nov. 16, 2018. It’s no secret that this album is quite different than their previous ones. The folk aspect of Mumford & Sons is now embedded in heavy drums and electronic beats as though it’s begging to get on the Top 40 charts.

While many critics said that the album was their worst one yet, I truly think it may be one of their most progressive. After switching producers, the band incorporated more indie sounds into the album to give it a modern vibe.

I love how Pitchfork’s Larry Fitzmaurice described it: “Delta is also the strongest collection of songs Mumford & Sons have released to date; the cool-handed atmospherics and dreamy melodies here simply suit them better than any other sonic guise they’ve worn.”

The album begins with “42”–a tribute to their 42nd single–and continues with a journey through the mind of Marcus Mumford. The climax of the album is revealed in the transition from “Picture You” to “Darkness Visible.” With an extremely smooth ride from bittersweet love to a contorted poetic reading from Milton’s Paradise Lost, the instruments crescendo until your heart feels as though it’s going to burst.

While there are some amazing songs on this album, there are definitely a few weak points. Parts of the album lull, putting you off to the next song. I found myself skipping quite a few songs after listening to it a few times.

Overall I give this album a 9/10. This is a super high rating, I know, but something about this album really spoke to me. Ultimately, I don’t think this album is a sell-out. Sure, the band has continued to blend into the mainstream. But it’s clear that Marcus Mumford is using this album to reflect on some very deep and troubling issues in his life, simultaneously causing me to do the same. (Thanks for the existential crisis, y’all.)