As I sit in Barnes & Noble writing this blog post, Harry Styles’s album is on repeat throughout the store, as if they knew I would be here today. The smell of coffee + a good album + being surrounded by books? I’m in my element.

Mes amis, it is long past time for another album review. And what better way to get back on track than with Harry Styles’s debut solo album? Warning: Be prepared for lots of cliché, fangirl comments. (I will, however, try to keep those to a minimum.)

I think I can speak for almost all One Direction fans when I say that we held our breaths in hesitant anticipation for this album. And it did not disappoint.

Let’s start with the basics. 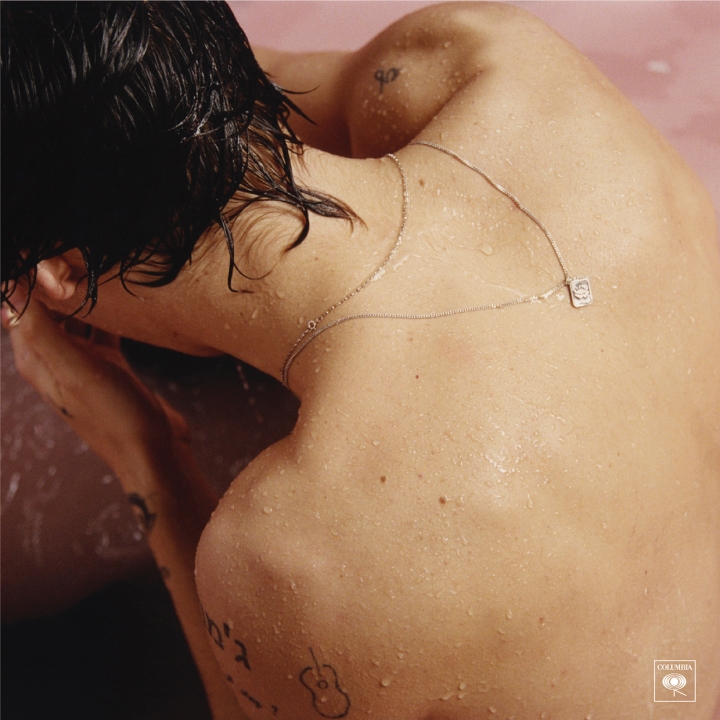 The album cover has a light pink color scheme, which was a bit surprising to many. Rolling Stone had the opportunity to ask Harry what made this particular color stand out to him. Styles responded by quoting the Clash’s Paul Simonon: “Pink is the only true rock & roll colour.”

As for the content, there are 10 songs: the golden number for an album (in my oh-so-humble opinion). Not only that, there are essentially 10 different genres jammed into this one album.

Upon listening to the album the first time through, I had the thoughts of a skeptic. But after the third time it played (my rule of thumb), I fell more and more in love with Styles’ solo work.

Each songs carries a different atmosphere or energy. However, it all seems to revolve around a certain raw, vintage vibe. Whether it’s Beatles or Bowie inspired, not many up-and-coming solo artists can make an album filled with different genres of music. From the psychedelic opening track “Meet Me in the Hallway” to the alternative rock vibe of “Only Angel” to the acoustic, dark Jack Johnson feel of “From the Dining Table”, Harry has definitely not shied away from experimenting with his musical talents.

I think the reason this album works so well is partially because he is being completely open with his audience. As Styles says in his Rolling Stone interview, “I didn’t want to write stories. I wanted to write my stories, things that happened to me. The number-one thing was I wanted to be honest. I hadn’t done that before.”

And one could say he is being honest almost to the point of recklessness. His lyrics are a 180 degree difference from the One Direction days. Forget the happy, feel-good songs about puppy love. More risqué than ever, Harry is jumping onto the current music scene with a classic twist. He opens up about his personal experiences and life, discussing women, drugs, and relationships. From the sexy sound of “Kiwi” to the more subdued folk twang of “Two Ghosts”, each song is diverse and creative.

Overall I give this album a 8.5/10 for aesthetics, content, and originality. I truly applaud Harry for his efforts in creating a style that is all his own. I love that he branched out and played around with his music. While I don’t think he has necessarily found his niche yet, I truly believe Harry is well on his way to becoming a future music legend. I cannot wait to his what he continues to do. And to those who are condescending or doubtful of this new persona… I don’t think this is the “new” Harry Styles. I just think it’s Harry Styles as he has always wanted to be.