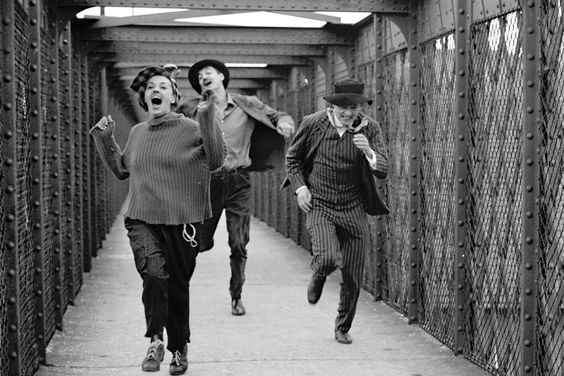 Welcome to a new segment of my blog called Fashion Flashback! Considering how much I appreciate the art of alliteration, I think it only appropriate that these posts are to be published on Fridays.

Today I’m talking about a wonderful era still freshly imprinted upon my mind: The French New Wave. Known as La Nouvelle Vague, The French New Wave was a 60s cinematic revolution that continues to inspire and intrigue audiences today. Its influence can be seen in many modern movies, in the realms of both cinema and style. As a fashion fanatic, the style of the French New Wave is absolutely impeccable. And it is perfect for a summer look book.

While these outfits are decades old, they still hold with strong resonance today. Hopefully these 60s babes could inspire you to stylistically stretch yourself this summer. If you have any cute summer outfits, send them my way! I want to see what you come up with.